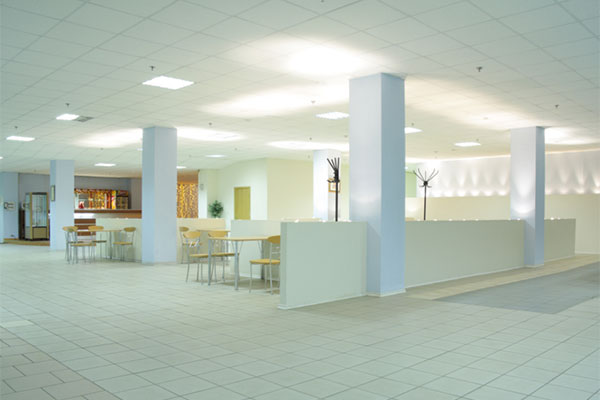 LED lights use up to 90% less energy and last up to 25 times longer than incandescent bulbs, and their costs have continued to decline. Legislation such as the Energy Independence and Security Act of 2007, which provided minimum efficiency mandates for new lightbulb production, has had a significant effect on the growth in adopting more efficient lighting options. According to our long-term energy projections in the Annual Energy Outlook 2021 (AEO2021), we expect LED lighting to continue growing and to provide up to 95% of commercial lighting needs by 2050.

Read more on this story here.

The potential energy savings and durability of LED bulbs make them an obvious choice for offices and other commercial buildings. The fact that they last so long means less maintenance is needed in these buildings. LED bulbs have also come a long way in how light is cast and eliminating that artificial feel. Today, there are LED tube lights that can even replace the elongated bulbs commonly seen throughout office floors.

The team at MJ Electric, offers commercial lighting design to businesses in the Twin Cities area. Call us at 612-598-0793 to learn more about how we can help liven up your office space!

A nightlight and switch all-in-one

The 3 tiers of outdoor lighting for your back yard