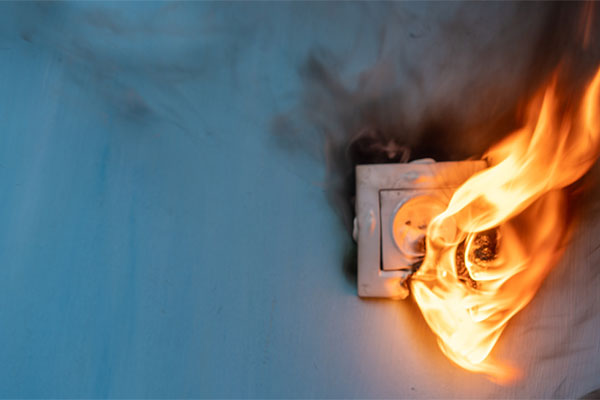 “A couple of days after she moved, Colston’s friend, 60-year-old Clarence Murrell, was helping her settle in. The pair were likely sleeping as calamity unfolded behind the walls. It was before dawn on a cold Saturday.

By the time the downstairs neighbor smelled it and called 911, it was too late. Thick, sooty smoke had filled the apartment. Firefighters found Colston and Murrell unconscious and were unable to resuscitate them.

Police and fire reports were clear: Fire was smoldering among the electrical wires in the space behind the walls. They suspected that’s where it started. Electrical testing was needed to confirm, they wrote.

But that didn’t happen. Instead, the fire was treated as a tragic accident.”

According to statistics, suspected electrical fires in Milwaukee’s poorest zip code occurred 5 times more than the rest of the city. One can conclude that shoddy and unsafe workmanship is to blame. Perhaps electricians feel they can do shortcuts to save money or time. Unfortunately, the city seems unwilling to fully investigate such matters leaving tenants and homeowners with a feeling of injustice.

At MJ Electric, home rewiring is followed by code and performed safely. We do not take shortcuts no matter how small the job is. If you’d like to schedule service with us please call us at 612-598-0793.

Check out this great deal on a home theater projector